WAKO NORTH EAST BODY MEET & NATIONAL REFEREE SEMINAR 2019 was inaugurated by Mr. Santosh Kr. Agrawal (President, WAKO INDIA) and Mr. Prashanta Saikia (APS), Dy. Commissioner of Police (Trafic), Guwahati along with Mr. Hiranya Kr. Barua (Amateur Kickboxing Association Assam) and Mr. Arvind Patel held at Conference Hall, Bhugeswari Phukanani Indoor Stadium, Dispur, Guwahati, Assam on 25th – 26th August, 2019. There was a total participants of approximate fifty for the event. On the first day Mr Hiranya Kr. Barua introduced our Guest of Honour and felicitated them with our traditional Assamesse Fulam Gamusa and our One Horned Rhinoceros, the Rhinoceros which is famous all over the world and found only in Assam. In his opening speech Mr. Hiranya Kr. Barua informed all the participants present in the hall about the purpose of inviting Mr. Santosh K. Agrawal for the very first time in the North Eastern States of India. He also added his plans to redefine the sport of Kickboxing in our Assam state as well as our North Eastern States. After that Mr. Santosh K. Agrawal preceded by interacting with the participants and informing us about the new avenues and opportunities that has been initiated by WAKO India in the form of Coach Training Camp and Improved Referee Seminar based on International Standard norms. Under his guidance and supervision WAKO India is planning to set up Training Centres/Academies for players in each state that will be recognized by WAKO India itself so that it helps an individual to find a platform to start a career in Kickboxing. Mr. Santosh K. Agrawal has laid down the mission and vision in a very laymen terms and has asked each state to work collaborate to help uplift not only the kickboxing sport in North east region but also to help redefine the sport for the upcoming generations. Mr. Santosh K. Agrawal has also announced that in Assam, Amateur Kickboxing Association Assam (AKAA) is recognised and affiliated by ‘WAKO India Kickboxing Federation’. On the second half of the day, Mr. Santosh K Agrawal initiated the National Referee Seminar in which he explained the rules and regulations of the TATAMI SPORT and RING SPORT with the help of the predefined booklet issued by WAKO India Kickboxing Federation. He concluded the seminar with few Q & A sessions. On the following day Mr. Santosh K. Agrawal along with Mr. Hiranya Kr. Barua after brushing up the theoretical part started with a practical demo sessions helping the participants to understand the rules, regulations and how easy it has become to calculate the scoring in electronic format which has been introduced in India for the very first time. He also practically under go with all the events of WAKO Kickboxing format i.e. from Point Fight (TATAMI SPORT) to K1 (RING SPORT) also clearing with all the doubt arising in the minds of participants. On the second half of the day, the certificates were awarded among the participants. A Press Meet organized at the conference hall where both print and Electronic Media were present to cover the event. At the end Mr. Santosh K. Agrawal and Mr. Arvind Patel ended the event with a wonderful and encouraging speech to all the participants and players.
Report By: Arvind Patel – General Secretary – WAKO INDIA Assam 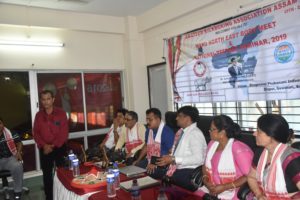 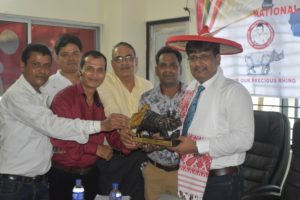 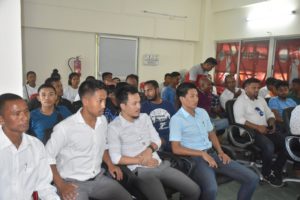 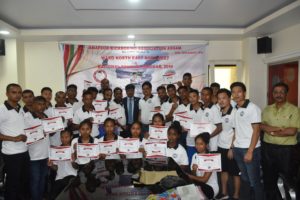 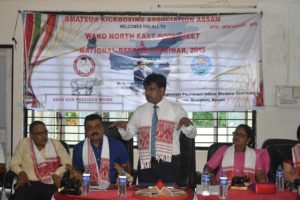 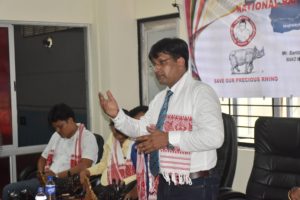 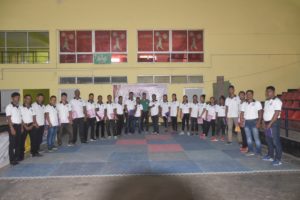 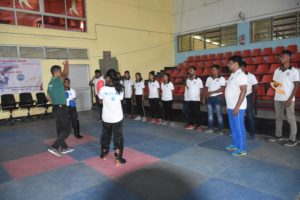 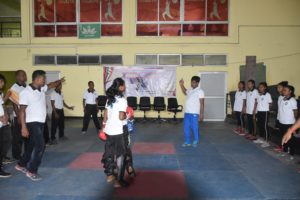 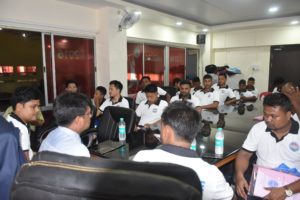 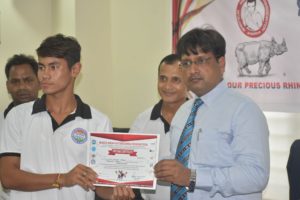 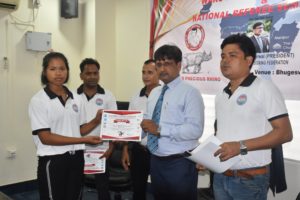 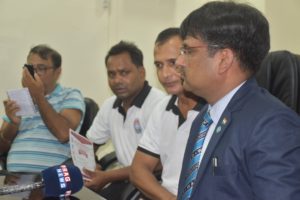